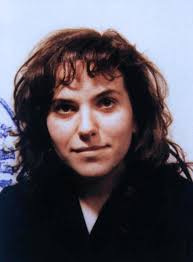 "Rita, don’t interfere, don’t be a fool" - her mother repeatedly told her this, but Rita had met Paolo Borsellino, a good man who had kindly smiled to her, and so she talked and talked…she told facts. She gave names. She named people, including the former Christian Democrat Mayor Culicchia, who ran and ruled the city after the earthquake.

Someone intentionally said: "She’s a bigmouth girl and she’s friends with the cops", so no one in her town went to her funeral. Not even her mom, because she was estranged, cold and indifferent. She disowned Rita and threatened to kill her, because she was scared and worried about her daughter’s misaligned and not-subjected behaviour. Apart from Rita, she also could not forgive her daughter-in-law, Piera Aiello, who influenced her little girl and ‘betrayed’ the honour of their family. Her mother visited the cemetery only a few months later. After breaking the gravestone with a hammer, she also broke her daughter’s photograph, in which Rita was barely a teenager.

Rita was the daughter of a little neighbourhood boss who referred to the Accardo family. She was born and raised in a little town called Partanna, in Belice, which is a famous area destroyed by an earthquake. At that time that was an area in which – as many say – there was plenty of money from drug dealing going around, and Rita couldn’t stand its moral filth, cowardice, and sadness. And women’s sloth. “A woman always knows what her husband or her son is up to”, explained Piera Aiello, Rita’s sister-in-law. And Rita strongly agreed on that. She was extremely sensitive and stubborn at the same time, and, since her teenage years, she proved to be tough and independent. At home she always heard of blood feud, arguments, strategies, old grudges, various interests, because her father, don Vito Atria, who was officially a shepherd, was an honourable man who handled any kind of problem. He always found a solution for everyone, he always made peace among everyone, “…it was a matter of principle and prestige… - Rita stated – without many economic advantages from it…”, apart from that of stealing stock without any problem ad having a good relationship with all of the people that counted.

Nevertheless, on November 18th, 1985, don Vito Atria was killed, because he did not understand that times had changed and that a generational shift was necessary in the drug scene. Standing before that body riddled with bullets and among her relatives’ screams and threats of a reprisal, a twelve-year-old Rita started to seek revenge. However, her father’s death left a void in her.

For this reason, Rita lavished all her affection and devotion on her brother Nicola. However, Nicola was a ‘small fry’ that made money and power in the drug racket. He always walked around armed and with a big motorbike. The relationship between Rita and her brother was very intense and full of tenderness, friendship, complicity, and secrets. It was indeed Nicola who told her about the people involved in their father’s murder and about their reasons. He also told her about the people who ruled the town, about their hierarchies, about who was in charge…making this seventeen-year-old girl the keeper of very dangerous secrets.

All this did not stop her from falling in love and from getting engaged with Calogero, a boy from her town. That lasted until June 24th, 1991, when her brother Nicola was killed. Her sister-in-law, Piera Aiello, who had always been against her husband’s ‘friends’ and business, started to collaborate with the police, and thanks to her many people were arrested. Calogero broke his engagement with Rita because of that, and her mother Giovanna got really angry.

After Piera and her sons moved to a secret location, Rita was truly alone in Partanna: she had been abandoned by her fiancée and by her mother, she did not know who to talk to.

To submit, as her mother, or to react?

At the beginning of November, when she was just seventeen, Rita decided to denounce the Mafia in her town and to revenge her brother and her father. She met the judge Paolo Borsellino, a good man who was a father to her, who protected and supported her in her seek for justice. He also tried to make peace between Rita and her mother.

Therefore, the girl started a clandestine life in Rome. Under a false name, she did not see anyone for months, and she never saw her mother again. Her only consolation was the judge. However, Borsellino was killed in the summer of the 1992, and Rita could not live like that anymore. A week later, she killed herself […]

Thanks to Paola and Lucia for their free translation. 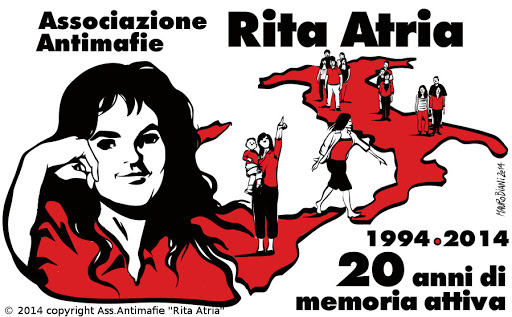